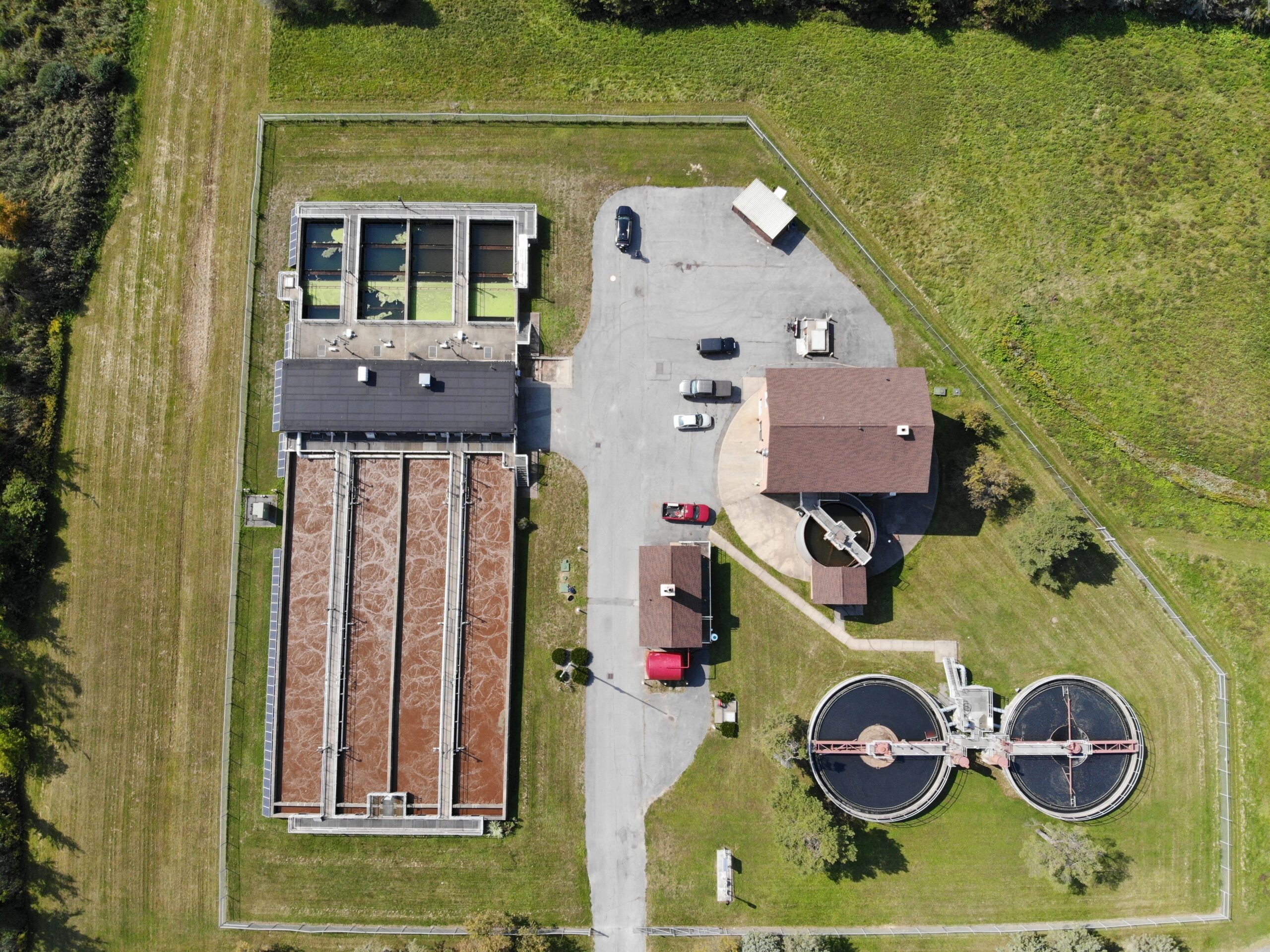 The village sewer system was initially constructed in the 1920s. The sewers originally collected sewage, industrial wastes, and stormwater for conveyance to the local creeks and tributaries to Oneida Lake. As the Village grew, the sewer system was expanded to serve ever greater areas in and outside of the Village. Over the years 60% of the sewer system has been separated into sanitary and storm sewers. The remaining 40% of the system remains “combined”, which means one pipe carries sewage in dry weather and both storm and sanitary waste in wet weather.

In 1966 the original WWTP was constructed on North Main Street. It was designed to provide primary treatment, essentially to separate solids from liquids prior to discharge into Canastota Creek. In the mid-1980s the original WWTP was upgraded to its current configuration. Secondary treatment was added to biologically digest the organic content of the wastewater and further purify the effluent prior to discharge. Today, most of the organic treatment capacity of the WWTP is reserved for one local industry that discharges a strong dairy waste into the collection system.

Approximately 350 tons of biosolids are produced by the WWTP each year. Biosolids are disposed in the Madison County landfill. In 2008 the Village upgraded the system to capture and treat stormwater related flows from the combined sewer system. The Village is in the process of upgrading the treatment system to disinfect the plant effluent prior to discharge using ultraviolet light.

The WWTP treats approximately 500 million gallons of wastewater each year. Manned by a staff of NYSDEC-licensed operators, the WWTP operates 24 hours per day, seven days per week.